Web upload of data files is only suitable for files of limited size (few GB). To upload larger data, openBIS uses dropbox scripts that run in the background (see Dropboxes). A default dropbox script is provided with the openBIS ELN-LIMS plugin, and the dropbox folder needs to be set up by a system admin.

If this is available, users need to organise their data in a specific way:

data (can be single files or folders)

Folder 1 needs to have a specific name that encodes the information of where the data should be uploaded to openBIS.

Folder 2 can be named as wished by the user. If this folder is called “default” it will not be shown in the user interface, after upload.

The name of Folder 1 can be generated from the ELN interface.

From the page where you want to upload data, select Dataset upload helper tool for eln-lims dropbox from the More… dropdown and follow the instructions on screen.

How to create the Marker file in Windows

You can create the Marker file in Windows using a text editor such as Editor. Any other text editor will  also work.

How to create the Marker file on Mac

If you are not familiar with the command line, you can create a create an empty text file using for example the TextEdit application in a Mac. Any other text editor will also work.

Registration of metadata for datasets via dropbox

Starting from openBIS version 20.10.2, the default eln-lims dropbox supports the registration of metadata for datasets. The metadata needs to be provided in a file called metadata.json. This file should be placed inside the folder with the openBIS-generated name described above, together with the folder containing the data. This is shown in the example below.  O+DEFAULT_LAB_NOTEBOOK+DEFAULT_PROJECT+EXP1+ATTACHMENT+test-metadata is the folder with the openBIS-generated name. Inside this folder there is the metadata.json file and a folder called default which contains the data (in this case one single file) to upload to openBIS. 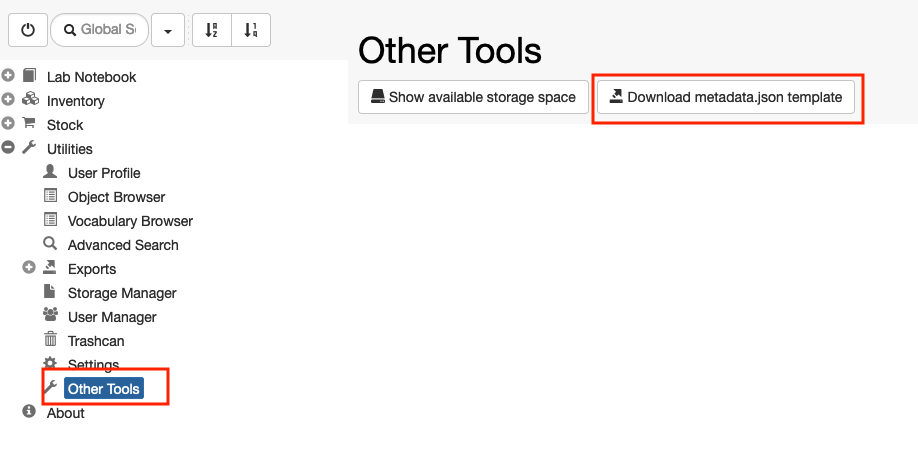 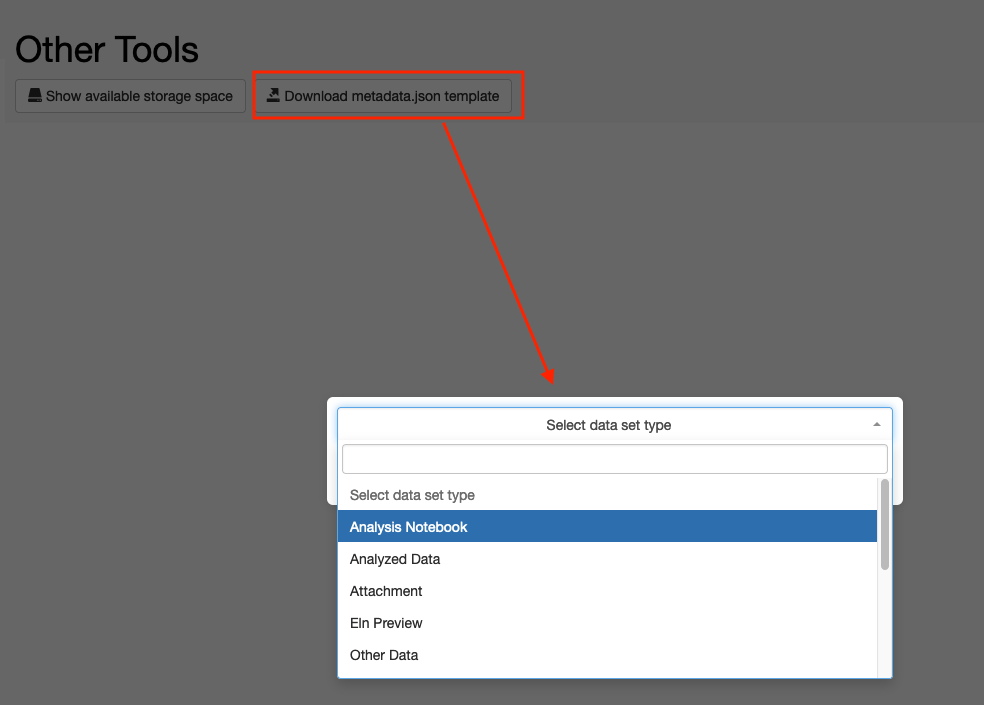